Whether you’re hitting Pokestops and collecting Magmar or laughing at the flocks of screen-lit smartphone zombies invading your parks and malls, there’s no denying the fact that we’re in the infant stage of augmented reality.

Augmented reality, or AR for the hip kids, is an enhanced version of reality created by the use of technology to overlay digital information on an image of something being viewed through a device (as a smartphone camera), according to Merriam-Webster. In other words, people are using devices to bring technology and the web in to enhance their physical surroundings. You know, with like little weird cartoon characters and stuff. 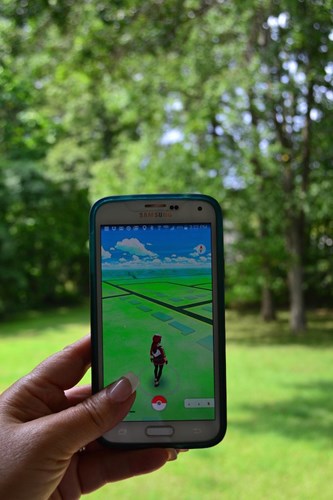 Sure, that’s one way to look at it, but ultimately AR will begin to encroach our lives more and more in the coming years. Think about the possibilities. Doctors using AR glasses or screens to help guide surgeries; museum-goers taking a virtual and physical tour at the same time; real estate agents giving you real-time information as you walk through a property; the fitness industry putting up goals and games for runners, cyclists, and who knows what else; YouTube how-to videos could be on a whole other level – disruption and digital transformation is once again changing our lives – one Pokeball at a time.

From a marketing standpoint, think about the ability to drive foot traffic through a mobile device or help with shopping and sales while customers are walking through stores. Marketers could launch sales surges almost like Uber drivers, but rather than charge you double for being busy, retail stores could give discounts on items when the store is busy or slow.

It’s not unthinkable to see Google Glass or a similar product come around again and make an impact on our digital connection, unfortunately Google may have hit the market a little too early. Because Pokemon players would be ecstatic for glasses that show Pokemon all over the place, and maybe people wouldn’t be falling off cliffs or running into things as much.

There was once a time when many thought the World Wide Web was just a fad and not something that would ultimately change our entire lives, is AR next?